Even our staid and august firm isn’t above a little Game of Thrones clickbait.

After nineteen years in the wilderness, an old king has returned for his throne. The House of Microsoft is once again the most valuable company in the S&P 500 and, as of last month, is the sole occupier of the “4% Club” (i.e., weighting in the index).

Microsoft and Apple are the only two members of the 4% Club that have been able to revisit that magic threshold a second time. At the height of the tech bubble, Microsoft enjoyed a stint of 12 months in the Club—topping out at a 4.9% weight at the end of 1999. Over the next year, the firm’s market cap deflated rapidly (along with everything else Tech related) and lost 60% of its value. An initial bounce-back attempt faded, and over the next 15 years the firm was either a step behind its competitors or cleaning up a self-inflicted mess. Product flops like Zune and the acquisition of Nokia highlighted the missed mobile opportunity. The disaster of Windows Vista and the rolling security flaws that plagued IT departments had the market questioning the firm’s core competencies. And who could forget the original Microsoft Surface that launched in 2008 as a $10,000 interactive coffee table?

A shift of focus back to business software and a big push into cloud computing helped the firm finally eclipse its tech-bubble market-cap high in September of 2017 ($600 billion). And, law of large numbers be damned, back into the 4% Club just 19 months later. But don’t roll the credits on the satisfied king surveying his conquered land. If history is any guide, in the near future, Winter will come for Microsoft in the form of underperformance. Whether it’s a barbaric hoard with fire-breathing dragons at your gate, or a thousand hungry firms looking to grow their revenues, the Iron Throne is a dangerous place to sit. 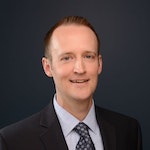 Phil contributes to Leuthold research publications and is the author of the Green Book's At Random.