Portraits Of A Split Market

There’s an old Wall Street adage: “When the wind blows hard enough, even the turkeys fly.” Based on the sophisticated meteorological instrument known as the “price chart,” the wind died down considerably beginning in January 2018, leaving only late-stage leadership themes airborne, like defensive, Large Cap, and Growth stocks.

Some market bulls believe the drop in interest rates and pickup in money growth will get the market’s gentle winds blowing again, providing a lift to the cyclical, Small Cap, and Value themes that have proven to be turkeys in the past 18 months. But charts presented here suggest that if the breeze has picked up at all, it’s been felt only at the very highest altitudes, leaving us with the most polarized market in forty years according to two of the three High/Low Logic measures we follow. 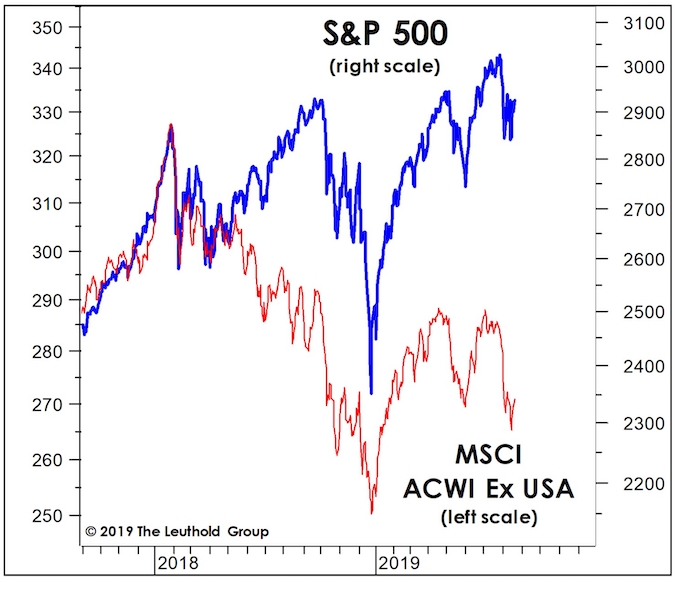 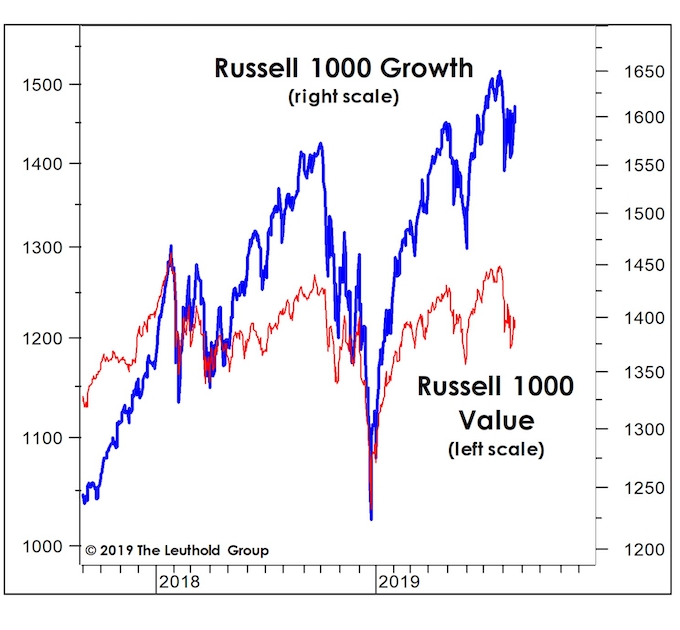 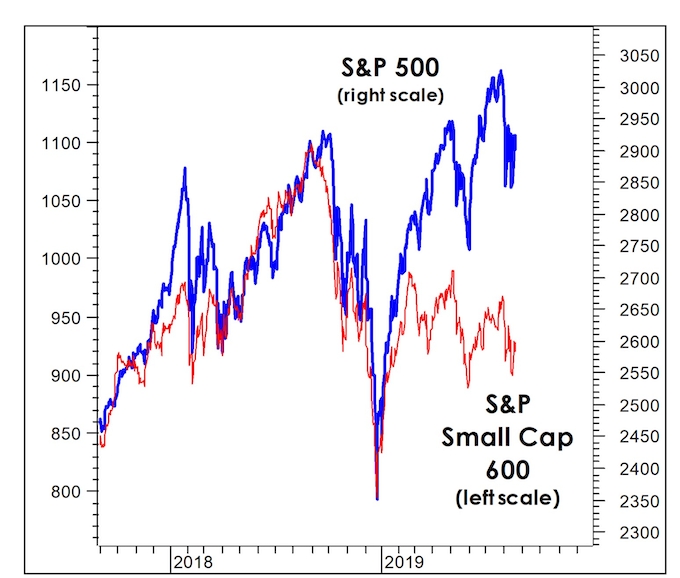 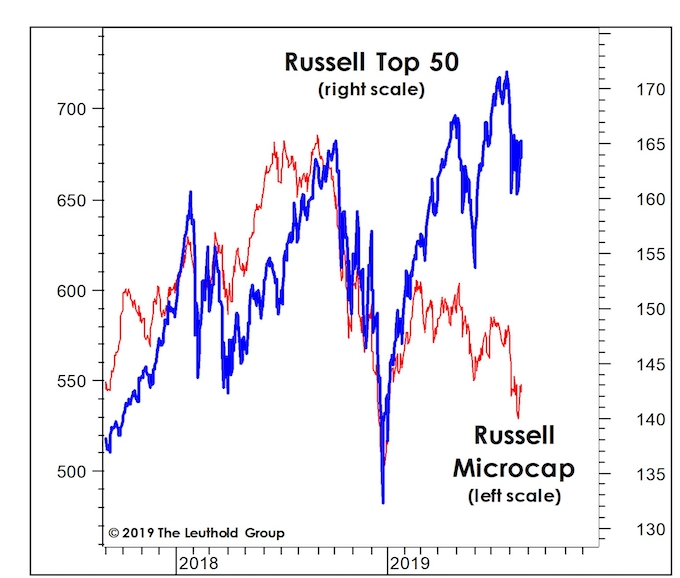 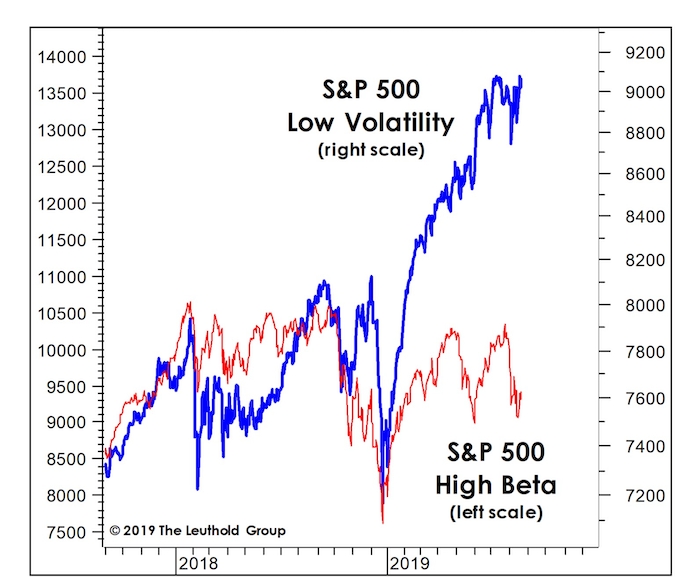 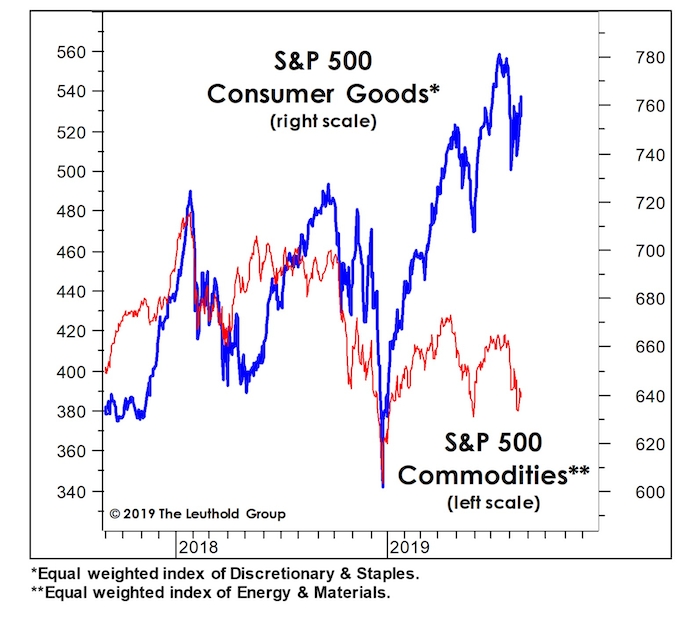 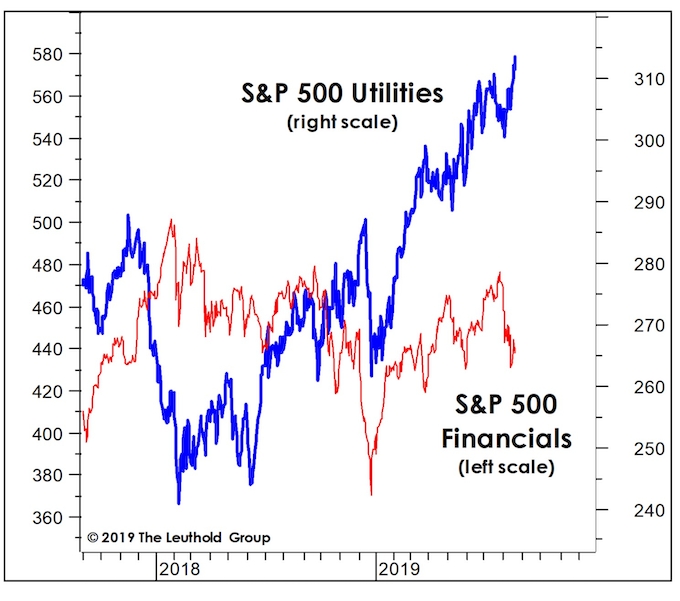 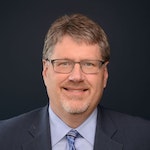